Home of the PUBGM Pro-Am Invitational 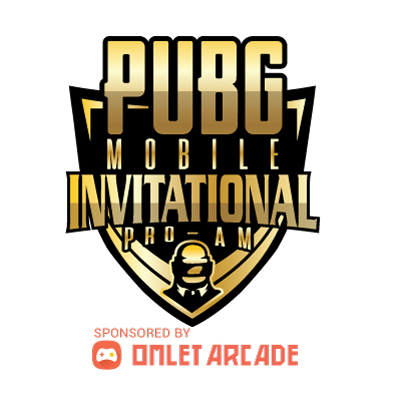 The PUBG Mobile Pro-Am Invitational is an event where we select 40 Professional PUBGM Players to be our Team Captains.

Fans and community members are allowed to register on EProAm.com for a chance to be drafted by these Team Captains.

On Thursday, February 21st at 8pm EST, we will hold our DRAFT event. This event will features Team Captains participating in a single map match. The finishing order of the map will decide the draft order:

During the 2nd round of Draft, we reverse order so Team Captain Red would be choosing last and Team Captain Blue would choose 2nd to last.

After each Team Captain has selected a total of two players each.

We will then use a lottery style system where we select two additional players for each team in the same order of the last two rounds. For more details on exactly how the draft will work, visit our draft page.

Once the draft is finished, we will have a week of scrims allowing the Team Captains and drafted fans to play together.

On March 2nd at 1pm EST, we will hold the elimination round of our PUBG Mobile Pro-Am Invitational.

On that day, we will split the 40 teams into 20 teams randomly. This will form Group Alpha and Group Bravo which will have 20 teams each.

We will have two matches in each group to decide the top 20 overall teams. We will announce  the unofficial top 20 during the stream and later in the day make our official announcement via our Twitter.

On March 3rd, at 1pm EST, we will hold the finals for our PUBG Mobile Pro-Am Invitational. It will feature the top 20 teams that we announced the day before facing off in three matches. The three maps will be announced before the event day.

After the three matches, we will announce the unofficial results on stream and later on Twitter we will have the official winners of PUBG Mobile Pro-Am Invitational.

QUALIFYING FOR THE DRAFT

What could cause a player to be denied a spot on the draft?

Streaming the PUBGM Pro-Am Invitational is allowed and preferred for all as long as;

Thanks to Omlet Arcade for sponsoring our event.

(to be split among all available players on the team)